The Maramures wooden churches are remarkable examples of well-preserved religious architecture that emerged from the Orthodox traditions and Gothic style influences.

The churches show such a high level of artistic maturity and craft skills: they are narrow, tall, timber constructions with characteristic elongated towers single or double-roofed and covered by shingles. The walls of the wooden churches are generally built of oak logs laid horizontally with intricate joints. Because they are an exceptional expression of the cultural heritage of this mountainous area of northern Romania eigth of these churches are included in UNESCO World Heritage List since 1999.

The wooden churches, the nature and the people of Maramures are spiritually connected and have maintained this link to the present day.

We start our daily tour of historical Maramures by visiting the village of Surdesti, where on a hill by a stream in the middle of a fruit tree orchard stands the tallest wooden church in the world. Its tower measures 54 meters, the total height from the ground is 72 meters. The reason for a high tower of a church is symbolic for the belief that prayers could reach up easily Heaven. The church dates from 1721, after the last massive invasion of Tartars that ravaged the country and it is made entirely of wood (oak) that is no iron nails were used in its construction. In all Maramures villages churches are built on a hill in the centre of the village, so its size would appear greater and impress the faithful.
The church consists of a porch, a main room, and a tower or steeple. Wooden columns connected by arches support the porch. The entrance to the church, always located in the west, opens into a large hall leading to the main room. In this room, the altar is found farthest east, as in every other church.

Bârsana is one of  the bigger communes in Maramureş, and one of the most important villages in the valley of the Iza River. The church, which now stands on a small hill surrounded by an orchard, is one of the eight churches on the UNESCO World Heritage List.

Year built: 1720
Location: Bârsana, Sighetu Marmaţiei
The church is very dark inside. The very small and low pronaos is without any windows at all. The naos is much more spacious, with a high barrel vault, but also here not much light enters.

The name bârsan means a shepherd who keeps sheep with thick long wool, and the word became a surname during medieaval times. The village of Bârsana is referred to as the property of kneaz Stanislau, son of Stan Bârsan in documents of 1326 and 1346.

The monastery had by that time existed for some centuries, for a document of 6 November 1405 mentions a field of the monastery. The church was used for monastic purposes until 1791, when the monastery was abolished. In 1802, the villagers decided to move the unused church to the middle of the community.

Year built: 1717
Location: Borşa sits on the upper course of the River Vişeu, 81 km southeast of Sighetu Marmaţiei following the national road DN18.
The interior was painted by an unknown artist in 1775. The iconographic programme is not very typical for the mural decoration usually found in the historical Country of Maramureş, for the scenes found here are isolated in theme, and there is no logical order to them. A great cultural venue for your First Choice Holidays, Borsa offers preserved beauty at its finest.

Year built: 1796
Location: Botiza is in the valley of the Botiza River, a branch of the Iza River. It can be reached by following the county road DJ 186 for about 35 km southeast from Sighetu Marmaţiei up to Şieu, and then making a right turn to the DJ 171 A for another 10 km.
Summary: The church itself was built in 1796 in Vişeul de Jos and was transferred in 1899 to Botiza, as the existing church had become too small for the growing parish and she was painted in the fresco technique by Andrei Răileanu between the years 1982 and 1987.

Year built: 1531
Location: Breb is a small, secluded village on the banks of a brook called Breboaia, between the valleys of the Mara and Cosău rivers. It is about 25 km south of Sighetu Marmaţiei.
The Graeco-Catholic church of the Holy Archangels is one of a handful of Maramures churches with a unitary roof that covers the whole building. The impression received is that the church is very long, which is enforced by the rather short tower.

Year built: 1760
Location: Budeşti is situated in the valley of the Cosău River, 25 km south of Sighetu Marmaţiei, following DN 18 for 12 km and then DJ 109 F.
The church is rectangular in shape, as usual, with a unitary roof covering the whole building. The roof has double eaves all around. The pronaos was enlarged towards the west during the 19th century, which makes the building longer than most other churches. This also means that the tower is not at the west end, but much closer to the middle of the building.

Year built: 1391
Location: near the  Sapanta village
Peri Monastery is the tallest wooden structure in Romania,78 meters tall. Destroyed in 1703, Sapanta-Peri Monastery was rebuilt at the end of the 20th century, beginning of the 21th, in the Dendrologic Livada Park, not far from the original location. Here was built the tallest wooden church in the world, church which is dedicated to St Michael.
The church is placed on a stone pedestal and is built of oak in the style typical of this region. On top of the very tall wooden roof there is an iron cross, 7 meters tall, weighting 400 kilos. 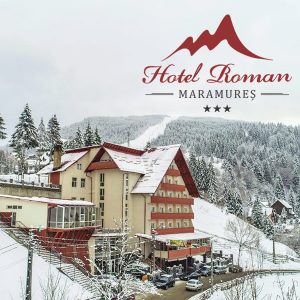 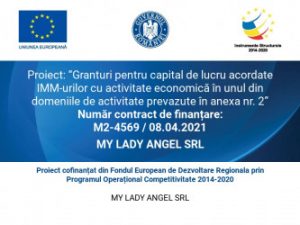